Brexit: The Beginning of the End of the EU

It is morning in Europe again.

This is a historic moment, a day worth celebrating. Two Brexit heroes deserve to toast tonight:

I have corresponded with Farage. He wrote me a very nice email after having read my book on the European economic crisis.

In an interview with The Sun he explained that Brexit means the restoration of independence and pride for the British people:

We are much more than a star on someone else's flag.

Brexit, says Farage, is the victory of the regular guy over the political elite.

As part of that victory, Britain is now breaking away from a sinking economic ship. The European Union is in a slow-moving demise, stuck in what I referred to in my book as a macroeconomic quagmire. An overly burdensome welfare state, demanding stifling taxes and imposing shackling regulations, traps the economy in a standstill where all the private sector can do is work its hardest to feed government.

The welfare state is designed not to promote economic growth, but to redistribute income, consumption and wealth. Therefore, as it grows bigger its redistributive influence gradually weakens and eventually marginalizes the forces of growth in the private sector. The economy gets stuck in a quagmire.

Over time, as the quagmire becomes the way of life for most people, prosperity and optimism are replaced with a static existence under industrial poverty. Unlike traditional poverty where one lacks even the most basic conveniences and necessities of life, industrial poverty is a state where we have all the features of a life in the modern world - indoor plumbing, regular access to groceries, consumer products and energy, basic transportation and education - but there is no progress, no growth, no pursuit of aspirations.

You cannot expect any better health care than what your parents had. The standard of your schooling will match theirs, but not more. Technology will not advance.

Why? Because when the economy gets stuck in feeding the redistribution machine - the welfare state - it no longer strives to grow. When it no longer grows, it no longer produces the margins and the surplus needed to pay for higher-quality health care, food, transportation, technology...

As a symbol of what this means, look at the cars that were produced in the Soviet Empire and those that came out of factories in Western Europe. East German car maker Wartburg built virtually the same three-cylinder, two-stroke engine for what was mechanically the same car during the entire existence of Communist East Germany. During that same period of time, West German auto makers went from the VW Beetle to the Audi 5000.

After the fall of the Soviet Empire, there were hopes of a brand new era in Europe. For some time, it looked like that was precisely what was happening. Unfortunately, in 1992 the Maastricht Treaty was ratified and, with modifications, became the Lisbon Treaty or the constitution of the European Union. This monstrosity of a legal document laid the groundwork for a government structure that would slowly but inevitably move control over the European economy from the member states to the hands of the Eurocracy in Brussels.

I ran for European Parliament in 1995, the first Swedish election of MEPs to represent the country in the EU. I represented a small party that was skeptical of the EU project and wanted to reform the welfare state. We lost, of course, but it was the beginning of my own studies of what the EU really meant.

Today, 25 years later, I am grateful that I did not become an MEP (I went back to grad school and got my Ph.D. instead, a far more useful three-letter title to have). Over the years, the EU has emerged as precisely the draconian power machine that we the critics feared it would become. Sold to us back in the early '90s as a reinforcement of the common market, with a common currency to facilitate integration and free trade, the EU turned out to be anything but that.

Europe has been suffering under the EU for a quarter of a century now. There are, in particular, two features of the whole construct that make the EU so dangerous. The first is the Stability and Growth Pact, a feature on the EU constitution that forces budget balance standards on the member states. They cannot run a deficit bigger than three percent of GDP and they cannot accumulate debt bigger than 60 percent of GDP.

If a member state breaks these rules the EU can punish them, formally according to a sliding scale. What that meant in reality was put on full display during the Great Recession ten years ago, when the EU, joined by the European Central Bank and the IMF, forced several EU member states to undergo crippling austerity programs. As I explain in my book Industrial Poverty, and again in a two-part study of the Greek crisis for the Center for Freedom and Prosperity, the sole purpose of enforcing the Stability and Growth Pact is to save the welfare state from bleeding to death in a stagnant economy.*

Since the welfare state by its own design and purpose actually slows down growth, the welfare state is the making of its own demise. This, however, is of no consequence to the managers of the European Union, whose very political power is founded in, and perpetuated by, a government that taxes, redistributes and spends half or more of the economy. When growth slows down, allowing them to intervene in individual member states, they exercise power at a level that no accountable government could. They can dictate everything from how much unemployment benefits should be to what the subsidies should be - if any - on prescription drugs. They get to dictate taxes and what the national government should spend on its health care system.

They get to do this in blatant defiance of what the national parliament has to say.

The other feature that make the EU dangerous is the common currency. Under normal circumstances, with a small government and a liberty-oriented EU constitution, the euro would not be a problem, but with the current government structure the European Union can use - and abuse - the currency union for its own power purposes.

Greece was subject to a horrific austerity assault by the EU-ECB-IMF troika in part because it violated the Stability and Growth Pact, in part because there was talks in Athens about solving their huge economic and fiscal problems by currency secession. However, if Greece were allowed to leave the euro, it would have set a precedent where other countries could shortcut themselves out of their government-debt problems by exiting the euro and reinstitute a devaluated national currency. This in turn would have left the euro-zone core - Germany, France and the BeNeLux countries - with an overvalued currency and severe losses on export markets. Greece, and possibly Spain, Portugal and others, would have been able to compete with much lower prices while hoping to avoid the interest-rate punishment for their debt that they now suffered under the euro.

If the euro zone started to break up, it would also have motivated stronger economies to leave, such as Ireland and Finland.

With a disintegrating currency union the very power structure that is the European Union would have been in jeopardy. The Eurocracy thought it could save its project by forcing the weaker, southern-rim countries into fiscal submission.

They won that battle, but they set themselves up to losing the war. The suffering of the Greek, with a loss of one quarter of their economy (imagine $5 trillion of income and 37 million jobs in the U.S. economy vanishing in five short years), let everyone in Europe know what the EU project was all about.

Power for Brussels at all cost.

This power has been projected across many other areas, beyond the realm of economic policy. It has been applied to immigration with such fervor that there is now a debate over whether or not more countries will leave the EU. The primary purpose would be to secure national sovereignty over immigration. Hungary and Poland would be first in line.

Brexit has turned secession from pure theory to a realistic option, and not just for member states. It is no longer absurd to imagine that provinces like Catalonia in Spain could leave. This is of course a major problem for the Eurocracy, but their solution will not be the right one. Instead of dialing back their ambition, they will double down on their usurpation of power. Nation states will continue to suffer, for fear of losing funds, being subjected to the Greek medicine and generally being marginalized on the global stage.

As Britain charts her own course back to a future in independence, that fear will subside. Over time, the entire EU project will slowly deflate like a hot air balloon. More independence-minded parties will gain strength and momentum in the member states.

The Eurocracy will not go down peacefully. Expect turbulence ahead. And congratulate Britain on steering clear of it. 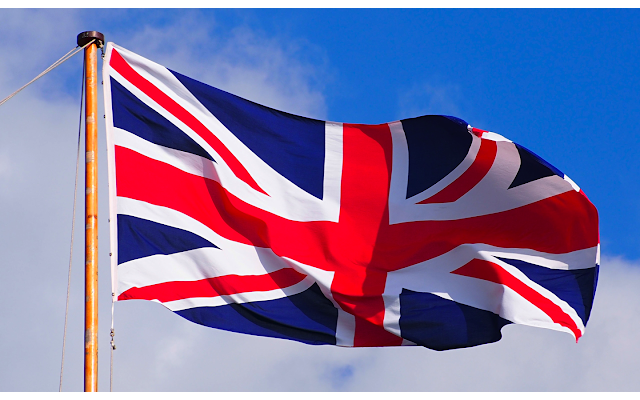 ---
*) For an account of what this means for America, see my article in Journal of Management Policy and Practice from last year.
at January 31, 2020